Nights are getting colder and the days are getting shorter, signalling the inevitable arrival of winter. When the temperature drops to 7°C consistently overnight it’s time to start winter car prep and brace for the snow, slush and ice.
For most drivers, this often means switching all-season tires for winters. But there is another option to consider as well — all-weather tires.

What is the difference?

The primary differences between all-season, all-weather and winter tires are the rubber compounds used to build the tires, and the design of the biting edges and siping for traction, water and snow evacuation.

In Canada, a typical all-season tire performs optimally during the most temperate months of April-September, because when the average temperature hits 7°C point, the rubber compounds in all-season tires harden, reducing traction and braking ability. Many Canadian highways prohibit vehicles using all-season tires without chains during the winter months. Simply stated, all-season tires are not intended for extreme winter conditions (cold, ice, snow, slush), and does not carry the Three-peak Mountain Snowflake designation.

All-weather tires are designed with a more flexible rubber compound and are marked with the universal three-peak mountain snowflake symbol like winter tires. In comparison to all-season tires, all-weathers offer increased traction and control in cold conditions. They can be used year-round with no changeover, offering the added benefit of not having to store an extra set. They are best for drivers in milder winter climates, and not recommended for those who drive in areas that experience considerably colder temperatures and snow squalls.

Winter tires are your best bet if you drive in an area that experiences frigid temperatures and heavy snowfall throughout the season, as they give you the most control on icy, snow-covered roads. They are designed with a special rubber compound that is formulated to stay soft and flexible in temperatures below 7°C. Furthermore, they have two to three times the number of sipes than conventional all-season tires, providing hundreds of extra biting edges for better traction.
In Quebec, winter tires are mandatory on all vehicles from December 1st to March 15th inclusive.

When shopping for the best tire for your driving habits, look for the Three-Peak Mountain Snowflake symbol, which is located on the tire sidewall. This symbol means the tires meet Transport Canada specific snow traction performance requirements and are designed for use in snow and cold conditions.

Which tires are right for you? Visit your local OK Tire store to find the best tires for you this winter.
Back 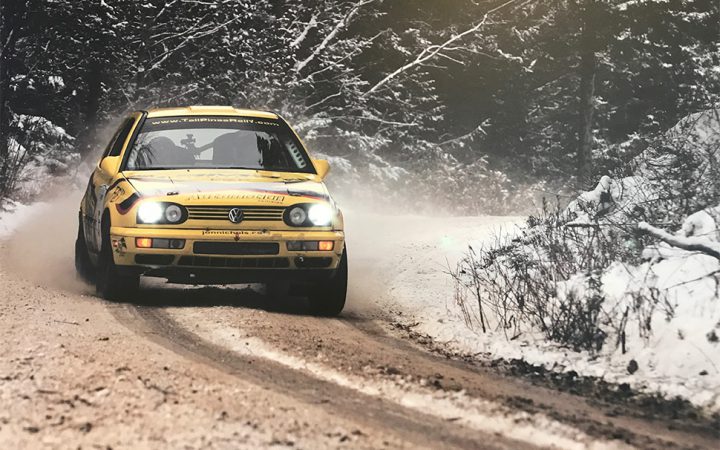 Driving in Canada can be…