We have over 325 locations coast to coast. Search for a store near you.

No items in cart

OK Tire has been part of the Canadian landscape since 1953. Today, we are now the largest independent tire and auto service retailer in Canada. Search for a store near you.

Although we have tire in our name, that’s not all we do! We’ve got you covered with full auto services that protects your warranty.

Advice From the OK Tire Experts

It’s Going To Be OK! Our eCare Team is here for you. 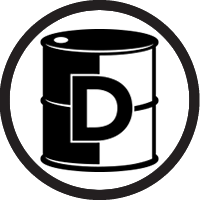 Petroleum fuel starts off as crude oil that’s naturally found in the Earth. When crude oil is processed at refineries, it can be separated into several different kinds of fuels, including gasoline, jet fuel, kerosene and, of course, diesel.
If you have ever compared diesel fuel and gasoline, you know that they are different. They certainly smell different. Diesel fuel is heavier and oilier. It evaporates much more slowly than gasoline — its boiling point is actually higher than the boiling point of water. You will often hear diesel fuel referred to as “diesel oil” because it’s so oily.
Diesel fuel evaporates more slowly because it is heavier. It contains more carbon atoms in longer chains than gasoline does (gasoline is typically C9H20, while diesel fuel is typically C14H30). It takes less refining to create diesel fuel, which is why it used to be cheaper than gasoline. Since 2004, however, demand for diesel has risen for several reasons, including increased industrialization and construction in China and the U.S. [source: Energy Information Administration].
Diesel fuel has a higher energy density than gasoline. On average, 1 gallon (3.8 L) of diesel fuel contains approximately 155×106 joules (147,000 BTU), while 1 gallon of gasoline contains 132×106 joules (125,000 BTU). This, combined with the improved efficiency of diesel engines, explains why diesel engines get better mileage than equivalent gasoline engines.
Diesel fuel is used to power a wide variety of vehicles and operations. It of course fuels the diesel trucks you see lumbering down the highway, but it also helps move boats, school buses, city buses, trains, cranes, farming equipment and various emergency response vehicles and power generators. Think about how important diesel is to the economy — without its high efficiency, both the construction industry and farming businesses would suffer immensely from investments in fuels with low power and efficiency. About 94 percent of freight — whether it’s shipped in trucks, trains or boats — relies on diesel.
In terms of the environment, diesel has some pros and cons. The pros — diesel emits very small amounts of carbon monoxide, hydrocarbons and carbon dioxide, emissions that lead to global warming. The cons — high amounts of nitrogen compounds and particulate matter (soot) are released from burning diesel fuel, which lead to acid rain, smog and poor health conditions.
View More Services

This action will remove all products in your cart. Are you sure you want to continue?

Changing your store may affect items in your cart.

If you change your store, your cart will be updated to reflect the stock availability in your cart. Items may become out of stock and get automatically removed.